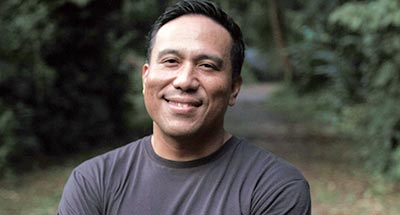 Board of Regents’ Medal for Teaching Excellence (2018)

I entered the fields of anthropology and ethnic studies because I had many questions about the nature of Hawaiian culture and nationhood, and I felt the best way to find these answers was through ethnographic (immersive, community-based) research and engagement. Born and partly raised on Army bases outside of Hawai‘i, I have spent most of my life in Hawai‘i and claim Maui as where I'm from (though presently I live in Pālolo). I teach generally on both precolonial and contemporary Hawaiian society, especially as it has been and continues to be transformed by Native Pacific and US imperial histories. I strive to empower students to ask bigger and better questions than I have.

I have conducted research on Hawaiian masculinities, sovereignty, land, militarism, identity, museums, heritage, football, and Native Pacific culture and politics. A secondary project has been to rethink the academic disciplines I have most engaged with: anthropology, American Studies, and Pacific studies. I am presently conducting research on the experiences of Native Hawaiian veterans. I have also just begun a three-year (2017-2020) collaboration with Kamehameha Schools and the Waialua Hawaiian Civic Club to conduct an ethnographic field school that will train students in doing community-based oral history research that will run out of the anthropology and ethnic studies departments.

I have been very committed to working with our kāne (Hawaiian men) though the Hale Mua o Kūali‘i organization and through the ‘Aha Kāne foundation. This work has involved doing cultural workshops and giving talks in different communities. I have also worked with ‘Aha Kāne to hold Makahiki ceremonies that allow for cultural and spiritual practices celebrating Lono and the fertility of the land. As a scholar committed to Hawaiian rights, I have also served as a cultural expert on cases dealing with water rights on Maui, burial sites protection on O‘ahu and Hawai‘i, and the protection of religious freedoms of Hawaiian prisoners on O‘ahu and in Arizona.

I have worked with departments at the University of Auckland in Aotearoa/New Zealand on an International Indigenous Partnership and have also worked on with colleagues in Australia, Canada, the U.S., Japan, and Germany.