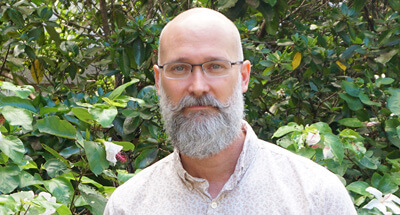 I'm an archaeologist specializing in the comparative study of early complex societies—social formations that have sometimes been labeled "chiefdoms". I identify and analyze patterned variation in trajectories of societal growth and decline so as to better understand the dynamics of social change. I'm especially interested in how different kinds and degrees of inequality contribute to these dynamics. Topics emphasized in my research include regional settlement distribution, community patterning, and demography; household artifact assemblage analysis; burials and public works investment; quantitative analysis, spatial analysis, and agent-based modeling. I conduct archaeological fieldwork in NE China.

My field research focuses on explaining the emergence and development of Neolithic Hongshan period (4500–3000 BC) chiefly communities in NE China. I began working on these issues as a member of the Chifeng International Collaborative Archaeological Research Project, conducting regional-scale settlement survey and household archaeology in the Chifeng region of eastern Inner Mongolia. Currently I'm co-PI of the Liaoning Hongshan Period Community Project, working at and around the Hongshan ceremonial complexes of Dongshanzui and Niuheliang in western Liaoning province. We are documenting the nature of human organization at household, community, regional polity, and macro-regional scales to understand better the societies that produced the ritual architecture and elaborate burials for which the Hongshan period is best known.