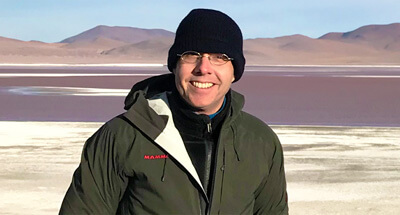 College of Social Sciences Award for Excellence in Teaching (2019)

I decided to become an anthropologist after completing three months of intensive summer fieldwork as an undergraduate. Conducting research in a Spiritualist camp and training to be a medium, I discovered that participation provides insight that observation alone does not. Since then, I have completed projects on three continents and consider myself a serial ethnographer. My academic experiences are equally diverse. I have studied or served as a fellow at universities in Scotland, Australia, South Africa, and Serbia.

My research charts the material, political, and embodied contexts of life in peripheral, segregated, and often violent geographies. I have conducted long-term ethnographic fieldwork with Aboriginal Australians in remote desert communities, female clinical trial participants in Johannesburg’s townships, Ashkali and Romani trash pickers in Belgrade’s informal settlements, and gay Zimbabwean migrants in Cape Town’s townships. While these projects are geographically distinct, they are engaged, collaborative, and share common themes: suffering, corporeality, displacement, sovereignty, health and illness, race, sexuality, and gender. Consequently, my work lies at the intersection of medical, political, and queer anthropology.