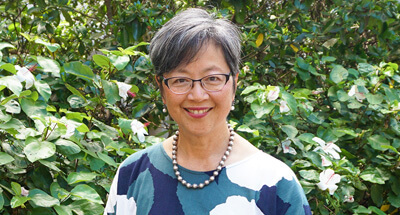 My approach to anthropology and its education has been eclectic and grounded. In many cases, I have seized upon research opportunities as they have presented themselves, guided by my own personal interests which are far-reaching. One news article, one conversation, one memory may trigger a research project that starts with people, builds out through theory, fieldwork, and analysis, and eventually returns to people in publications and outreach. Thus anthropology has been my lens of curiosity and lightning rod of activity by which I can pursue the question, what's going on. This is the approach I take to the classroom, shaping students' own lens of curiosity, filtered through critical analysis. Thinking anthropologically has always been the goal, whether in the field or the classroom.

As an anthropologist, I have always been interested in the exoteric, the stuff of ordinary lives, in Japan, Hawaiʻi, and elsewhere. This is what has taken me to the field of popular culture, including music, beauty contests, fan clubs, and material culture. I have an abiding interest in Japan, and have conducted research that has taken me to people's homes, fan club meetings, recording studios, and karaoke bars there. Hawai`i has been a second and growing site of research, where I enjoy ease of access and considerable familial knowledge, having grown up here with a large extended family. These opportunities for research, both in Japan and Hawaiʻi, have been abundant and fruitful with my existing foci on transnational flows (including oceanic studies), empire, and intersectionality.

My engagement with community has followed along my strong commitment to kuleana (responsibility). Thus, I have worked with the Japanese Cultural Center of Hawaiʻi extensively, serving on its Board of Directors and curating exhibitions at their museum. I also hosted a weekly community radio show for three years, "Thinking Out Loud: Talking Issues, Taking Action." The community has extended beyond Hawaiʻi, where I have curated a show for the Japanese American National Museum. Please note the new M.A. Applied Cultural Anthropology, of which I am co-head (with Ty Tengan). We have shaped this to include engaged, activist, practicing work, which we are dubbing KULEANA ANTHROPOLOGY, that takes community engagement as a template of practice.

My international collaborations have been primarily with colleagues in Japan. Besides consulting them on research, I have more recently been engaged in a Japan Foundation initiative to engage a trilateral collaboration between scholars in Japan, the U.S. and countries in Southeast Asia over the field of Japan Studies. To that end, I have participated in Association for Asian Studies' summer conferences, AAS-in-Asia in Kyoto, Japan and Seoul, Korea. I have also been one of the faculty participants in the Japan Foundation Summer Institute, which brings together graduate students and faculty from Japan, U.S., and Southeast Asia.