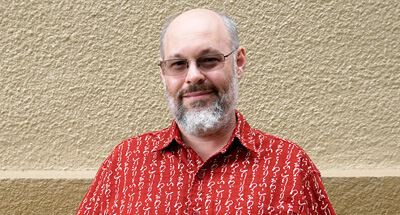 I became an anthropologist because I wanted to understand what happened to me in high school. At my large public school in Sacramento, racial politics was everywhere, the teachers went on strike, and the drop out rate was high. When I got to college, I discovered anthropology, which I love because it provides a broad perspective on conflict, politics, and inequality without losing focus on the concrete details of everyday life. My goal as a teacher is to make sure that my students get the education they deserve, so that they can find success and think critically as citizens. I think its particularly important that they appreciate their location here in Hawai‘i, and to learn about other places in the Pacific such as Papua New Guinea, which is my area of expertise.

I am a political anthropologist, which means I study conflict and competition. My area of expertise is Papua New Guinea, where I study the relationship between the Porgera gold mine and the customary landowners on whose land the mine operates. I am also interested in the history of Papua New Guinea, and have studied the video game World of Warcraft and how people manage conflict when they play together online. Finally, I am interested in 'meta' questions like how we can bring anthropology to a broader audience, understanding its history, and tracking its institutions and demographics today.

My community engagement spans local, national, and international arenas. Here on the island, I visit high schools and talk about Pacific culture. I'm also working on the history of Jews in Hawai‘I (I'm Jewish). I also do 'public anthropology', and write anthropology for a general audience on non-academic websites. Finally, I serve on several international scholarly organizations, including ASAO (the Pacific Anthropology association). My goal in the future is to get more involved in bringing the history and anthropology of Papua New Guinea out of Western libraries and back to Papua New Guineans themselves.