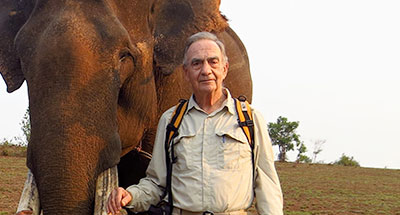 I joined the faculty of UH Mānoa in Fall 1969 and remained for thirty-six years, reaching the ranks of Professor, Associate Dean of Social Sciences (2001), and Professor Emeritus (2005). After an initial period of research in Hawaiian archaeology in the early 1970s, ethnoarchaeology and ethnography among Agta hunter-gatherers of the Philippines dominated my research from 1972 through the mid-1980s. In 1992, while Director of the Center for Southeast Asian Studies, I guided several faculty sand graduate students in research in Maluku, Indonesia, as part of my Henry Luce Foundation grant. As Chair of the Department of Anthropology (1996-2001), I prioritized rebuilding the Department after faculty losses, maintaining its national standing, and enhancing the quality of its teaching and research.

In early 2013 I returned to research and writing in the Philippines. In 2018 I visited several Tasaday families in South Cotabato Province. I am now engaged in a study concerning contemporary “use and abuse” of the elephant populations of mainland Southeast Asia. I visit each year with Agta hosts in Isabela and Cagayan Provinces and elephant sanctuaries in Mainland Southeast Asia. Currently, I am preparing my decades of Agta research data and artifacts for museum storage. I also write in military anthropology.