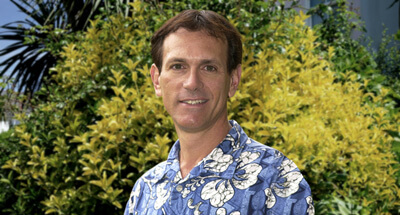 I was introduced to Polynesia through a Thomas J. Watson Foundation Fellowship during the year after I graduated from college. This fellowship led to thirteen months of adventure as I explored the South Pacific (by plane, freighter, canoe, and on foot) while retracing Captain Cook’s route on his second voyage of discovery. I returned to Tahuata in the Marquesas Islands for my Ph.D. research and was adopted by a Marquesan family with seven sons. My adopted brothers and various cousins joined my excavation and the entire community followed our work with great interest. This was the first archaeological project on Tahuata and my close relationship with the community led to many more collaborative projects after I joined the University of Hawai’i faculty.

The Marquesas are a remote and spectacularly beautiful group of ten high volcanic islands in French Polynesia. Marquesan archaeological sites, including coastal sand dunes and megalithic monumental architecture, reveal one of the longest and richest historical sequences in the eastern Pacific. I have come to know the Marquesas well through more than twenty expeditions and a cumulative span of over three years in the islands. Most of my research centers on Tahuata, an island that is like my second home. Polynesian origins can be traced to the coast of southeast China, explaining why my research also draws me there. This aspect of my research focuses on Neolithic cultures, maritime adaptation, the spread of rice agriculture and the ultimate origins of the Polynesians.

One of the most rewarding aspects of my career is working alongside native Marquesans, sharing the excitement as our archaeological team uncovers artifacts crafted hundreds of years ago by their ancestors. Much of this excitement comes from knowing that the artifacts, such as fishhooks and ornaments made of iridescent pearl shell, will be conserved and exhibited in the community. Our long-term collaboration includes creating a community-based archaeology museum, Te Ana Peua, located at the center of Tahuata’s main village. The Museum’s collection includes artifacts from our excavations, as well as others donated by members of the community. All of the exhibits feature interpretive labels written in Marquesan (still the everyday language on Tahuata) with translations in English and French.

French Polynesia: 1) Co-founder (with Tehaumate Tetahiotupa) of Te Ana Peua (Tahuata, Marquesas), the first community-based archaeology museum in French Polynesia. 2) Director of excavations and other archaeological projects, all in collaboration with the French Polynesian government and descendant communities, in the Marquesas (Tahuata, Nuku Hiva, Eiao) and Austral Islands (Rurutu). China: 1) Initiator of the first Sino-American collaboration for archaeological research in Fujian, to investigate the Neolithic cultures of Fujian and the origins of the Austronesians. 2) Collaboration with Sun Yat-Sen University earth scientists to establish a high-resolution Holocene chronology of environmental change on the Fujian coast and to study its relationship to the Neolithic cultures of this region.